When The Top's Away: Part 2

Tattooed hunk Pierre Fitch loves his butt, beefy man William Seed, but he hates that William constantly believes he's cheating. Ripped Pierre decides to prank him with a bogus blow-up doll, and makes it seem like he's fucking someone from the shower. Green-eyed William arrives home to find him and goes crazy before realizing it was all a joke. Pierre reassures the stud that the only big dick he needs pumping his tight hole is William's! 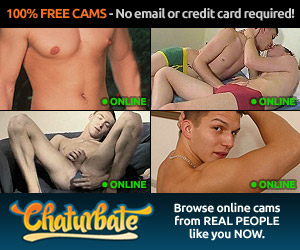